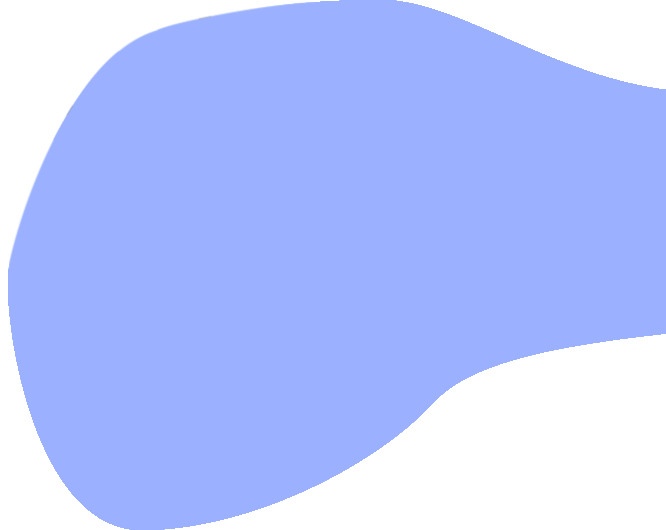 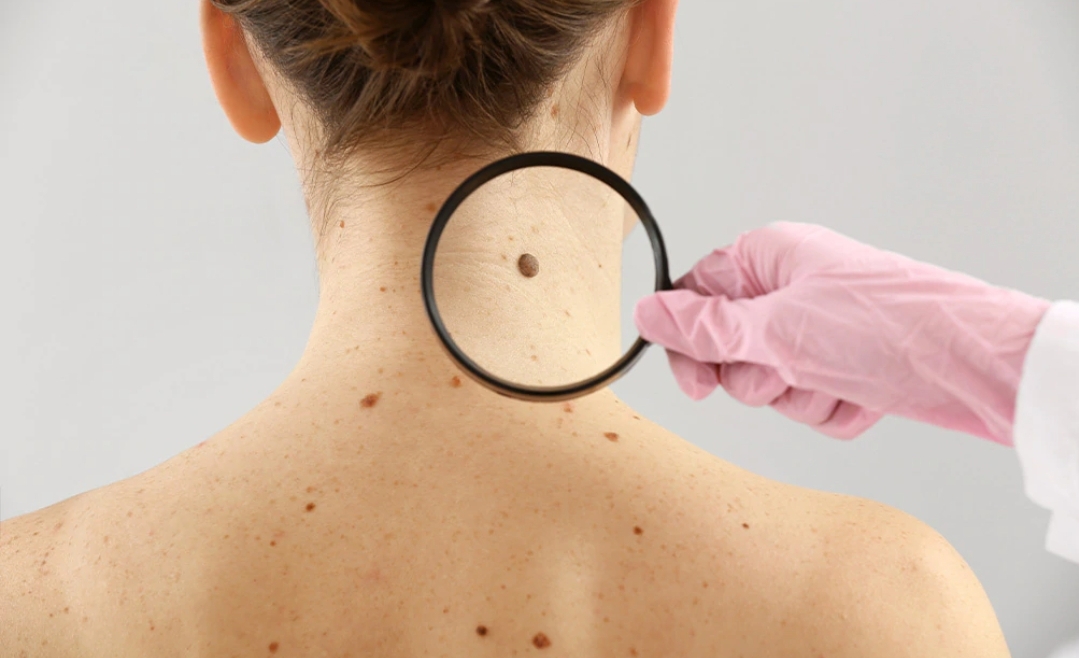 A mole is a coloured spot, or growth, on the skin that develops when pigment cells (melanocytes) grow in clusters. They are usually one colour, most frequently black, brown or tan, but they can also be red, pink or blue and tend to be round. Some moles are visually similar to freckles, but where freckles are always flat moles can be either flat or slightly raised. Moles should look the same month to month, however as the years pass moles usually change slowly and they become raised or their colour may change or they may develop hairs. Some moles may not change at all, while others may slowly disappear over time. 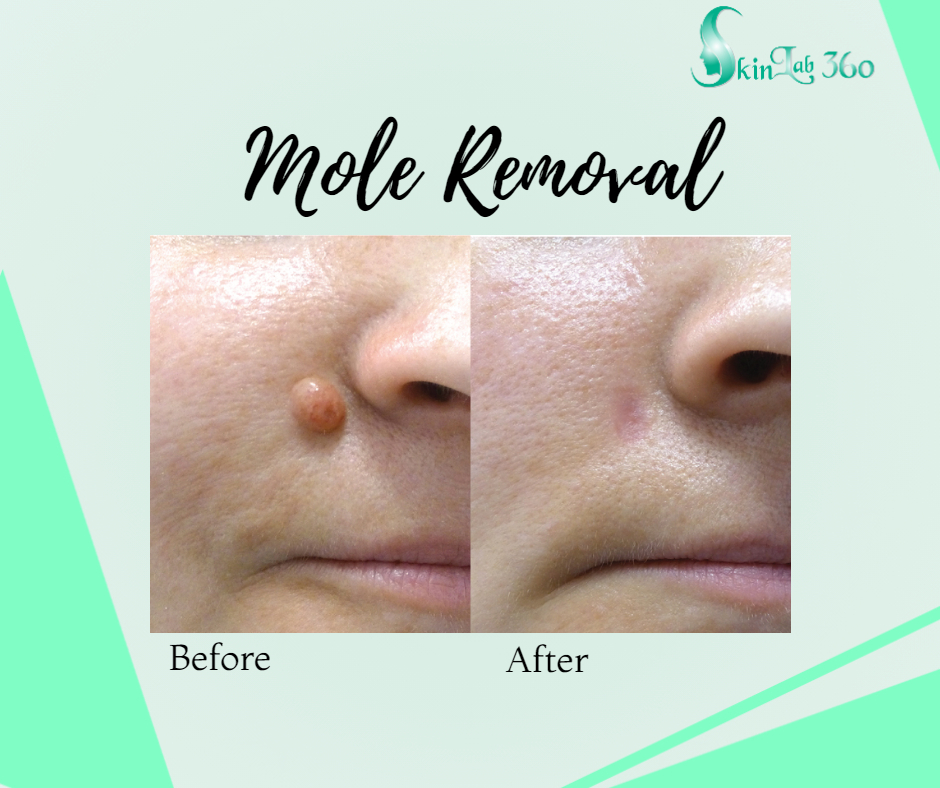 Moles occur when cells, called melanocytes, grow clustered together rather than being spread throughout the skin. Melanocytes make the pigment that gives skin its natural colour.One of the most common causes of skin moles is UV light; skin with greater exposure to the sun tends to have more moles, this exposure may also cause them to darken in appearance as the melanin reacts with the light. Exposure during childhood years plays a particularly large role in the number of moles person may have. However, moles may also occur in sun-protected areas like the palms, soles, and genitals.

Experts have also identified a hormonal link with the appearance and changes in moles. Moles frequently develop in the teenage years, they may get darker during pregnancy and they can fade away completely from around the age of 50. Finally studies have established the genetic inheritability of moles; the genes we inherit from our parents is a mafor factor in determining the number of moles on the body.

How to remove moles?

Since you’ll be given a anesthetic(numbing cream) before the procedure, you shouldn’t experience any pain or sharpness during mole removal.

Can moles be prevented?

This is the most common question asked during consultation. The answer is “no”. Moles cannot be prevented . Some are congenital and present at birth while most are acquired and appear later in life.

How long does it take to recover from the mole removal?

Healing depends on your age and the size and location of the removal mole.

What does it look like after a mole is removed?

Approximately 2-4 weeks after mole removal, as healing tissue begins to build up, the affected are may look rough and red and feel stiff. Although the wound area could be a little raised andredfor 1 – 2 months, the scar typically becomes less red and flatter over time.